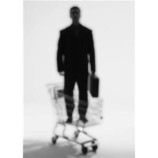 ARI was founded in 1999 by Robert Richards and now Axcel Recruiting Inc is an Executive Recruitment agency with a focus in CPG & Retail Sectors.

As a result, Robert founded ARI to address exactly this issue.  He carefully started building a file with candidates he personally selected and that he could refer without having to worry.

In the meantime, this idea has evolved into a company specializing in the following areas: